The Boy Next Door published by Dev Love Press, LLC.

Lee gave me permission to do a little advertisement here just to let you guys know that Annabelle Costa's The Boy Next Door has been actually published as a real book. Like, seriously.

Just as I suspected it would, it's getting great attention from devs and non-devs alike. These are awesome characters, whether you care that Jason uses a wheelchair or not.

It's been reviewed in The Romantic Times and endorsed by their reviewer. It was reviewed by Princess Bookie on her site and on Goodreads. And that's just the start! We've got a brief virtual tour happening the first week of 2013 too. 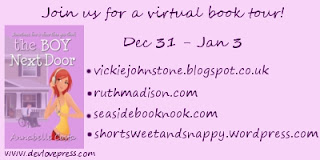 "Readers hearts will melt as love rolls in with this one-of-a-kind story that is both hilarious and romantic. Costa's voice is bold, refreshing and the narrative is delivered with such spunk, fans of chick-lit will squeal with delight. With characters this vivid and animated, you almost expect them to stroll off the page in this book your friends will be begging to borrow."
-Jaime A. Geraldi, The Romantic Times

Through middle school, high school, bad dates, and an ill-advised punk phase, Tasha has always been able to count on Jason. Since the day he moved in next door, he’s gone from the weird kid in a wheelchair to Tasha’s most trusted friend. But lives change and the friends are going in different directions. When Jason and Tasha rekindle their friendship, sparks fly. After years of being a wild soul, now the ex-lead of a band turned music teacher is just looking for a relationship to last.

When none other than Jason introduces her to a man who can give her what she wants, Tasha is on the verge of throwing passion and love away just so she can forget her troubled past and settle down. But Jason isn’t ready to give her up just yet.

For those who read this story when it was here on this blog, it would be so amazing if you could leave a review at Amazon. It has changed only a little, with professional proofreading and the addition of some really fun flow charts and graphics.

Speaking of which, Annabelle created this adorable flow chart that I thought was so hilarious. I encourage you to share it... 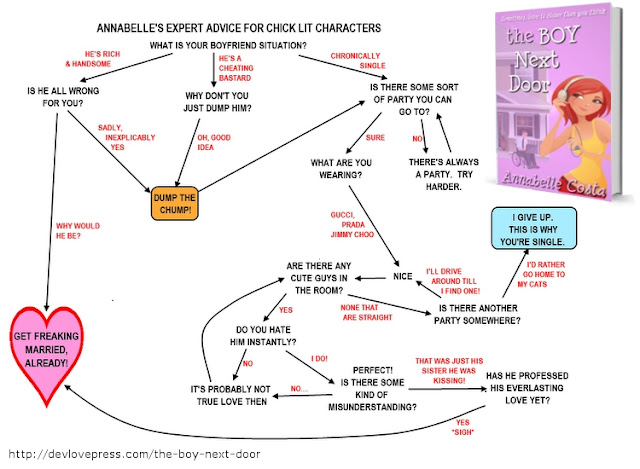 And if you want your own copy (I know I couldn't wait to order my own paperback copy!), here is all the buying information...

Paperback US
Paperback UK
Paperback Germany
Paperback France
Paperback Spain
Paperback Italy
(The paperback and kindle versions should be linked on the same page, but some are and some aren't at this point!)

And any other Amazon sites there are world wide, it will be there!

Dev Love Press made the choice to let Kindle have the book exclusively for the first 90 days, so it will be coming out in other e-versions, such as Nook, Kobo, and iTunes in mid April.

Thank you so much for the chance to tell you about this book!

Love to everyone,
Ruth Madison