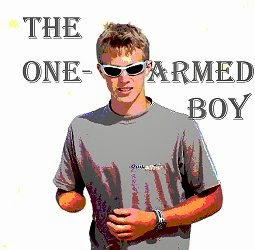 "God! Kenneth is so lame!"
Karen Stevens looked up from the book she was studying to assess her roommate. Dana Keith's make-up was smudged beyond repair and the right side of her blouse was not completely tucked in. "I don't know," she quipped back. "Looks like he did a pretty good job with you!"
Both girls giggled.
"Oh, he got the job done alright, at least from his perspective! But damn, girl! Don't these guys have a clue about there being more to it than 'Gee baby, you're pretty, let's screw, it won't hurt much, did it?'" She began to take the wrinkled clothes off and get ready for bed.
"I'm afraid we've got a lot of training to do to make most of 'em worth snuggling up to," Karen agreed. Then she got a far away look in her eyes and a sad smile began to play over her lips.
Dana raised an eyebrow. "You okay?"
Karen shook her head as if to clear it. "Yeah. Sure. Sorry."
"What was that all about?"
"I was just remembering something... someone."
Dana shifted the raised brow up another notch. "Well?"
The young woman looked at her roomie seriously. "I was remembering the very best lover I ever had. That's all."

The partially nude girl sat down amid Karen's books and assorted notes that covered her blue bedspread, her breasts bobbing as she shifted to find a comfortable position. "Well? Do I have to go get pliers to pull it out of you?"
Karen smiled and bowed to the inevitable. She tossed Dana a robe. "Here. Cover up. You don't want to be ready for action when you hear this one. His name was Steve Kenyon. He introduced himself to me as 'Stevie.' It was the summer between high school and my freshman year here." Again a smile played across her lips as her mind drifted back over the gulf of the four years now past.

"Stevie Kenyon," the boy had said to her from behind his Bausch and Lomb shades. 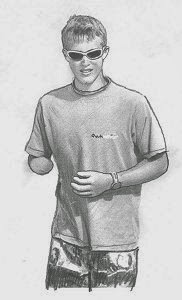 "So, what happened?" Dana asked, snapping Karen back to the present. "Did you guys boff yourselves crazy all summer?"
"No."
Dana's eyebrow went back up. "And why not? I would have! You make him sound so hot!"
"It wasn't because I didn't want to! I mean, he could have had me all he wanted over and over and I would have done it without the pills! He asked me for my address and phone number before we got in our separate cars and drove home, and I wrote it out for him. As it turned out, I wish I had gotten HIS address."
"Why?"
"I never heard from him again."
"No shit? You mean he just did you that night and..."
"Well, that was what I thought at first. And let me tell you, girl, I was really heartbroken! That guy had made me fall in love with him just being with him that one day!"
"So what happened?"
"Well, it was about mid-June when we spent that day and evening together. About mid-August, I got a phone call."
"So he finally got back with you!"
A dark cloud passed over Karen's face. "You might say that. The voice at the end was a man's. He told me that he was Robert Kenyon, and that he was Steve's father." Karen paused and bit her lip. "He told me that Steve had just passed away, and that my name was on a list of people whose numbers he'd been given to call. The funeral was to be two days from then, and if I would like to come he had a letter to me that was to be hand-delivered."
"God! What happened?"
Karen reached into the drawer next to her twin bed. "Here's the letter I got just before the funeral service. Stevie can explain it to you far better than I could."

I've just gotten home from our evening together, and I wanted to write all of this down while it was still fresh in my mind.

First, I want you to know how very much I love you. For reasons that will become clear shortly, this will be the only time we'll ever be together, but that doesn't mean that I don't love you. I love your sweetness and the fact that you were willing to overlook what a lot of girls won't to be with me. I love the fact that you were willing to share your deepest gift with me on short notice. It means you have a capacity to seize the moment when you know it's right. Were things other than the way they are, believe me, I would be with you as often as you would have me to talk, to see movies, to walk on the beach, in short, to do anything that you might want to do.

Second, I want to apologize to you. You remember the story I told you about losing my arm? It was a total and complete hoax. Fully bogus. I'm sorry that I didn't tell you the truth, but as you are about to find out, it was a far better story than the truth. I don't know if I told it to you just so I would come off better, or if it's what I tell myself: If you'd known the truth you'd have been scared off.

You see, Karen, I'm dying. I didn't lose my arm to an accident. I lost it to cancer. They worked on the arm for over a year with all the drugs and rays and poisons that they use. In the end, there was nothing to do but chop it off. I wish they'd done that in the first place. That stuff they give you makes you so sick and hurts so bad!

About three months ago I got to feeling lousy and went back to the doctor. It's come back, it seems, and this time in a place where they can't get at it. The idiots said they could buy me another year or so with more chemo, but damn! Who wants to live like that? Been there. Tried it. No thank you! I decided that the 'few months' they give me without that stuff would be better. All I take is stuff to keep the pain away. It doesn't make me goofy or anything... just keeps things from hurting.

I decided that I was going to spend these least few months living instead of dying. I'd always been too shy to ask girls out before all of this started, so a few weeks ago I screwed up my courage and started doing just what I did with you on the beach today: walking up to pretty girls and seeing what would happen. So far there have been three of you who took the time to get to know me.

Please don't feel betrayed because you're not the only one. That's why I'm not going to call you. None of you need to watch me fade away at the end. I want you to remember that one perfect date we just finished, and I hope from time to time you'll remember that night, and me, with at least a little fondness. You see, you are all of the girls I might have gotten to know had there been more time! In the normal scheme of things there would have been so much more we could have done and places we could have gone. But things are as they are. I've got to compress it all into a few short weeks!

Please know that wherever I wind up being, I will remember you as one of the girls who gave me a full life. I'm going to live these next weeks as hard as I can. They have to count for forever.

Dana wiped a tear from her eye as she handed the letter back to her friend. "And they gave you this just before the funeral?"
"Yes." Karen gave a sad smile. "As it turned out, there were seven of us girls who got those letters," she paused. "And two guys." She shrugged her shoulders. "I guess Steve wanted to try everything before... you know."
Dana shook her head, looking back down at the flowing handwriting that covered the pages. "That's so sad. How can you bear to think of it?"
"The nine of us keep in touch, you know. We sort of need each other in a strange way. You see, not only was that the most loving night I ever spent," she answered quietly. "Stevie made me someone truly special in the process. I owe it to him to remember."
"Oh?"
"Yeah. Stevie needs for us all to remember him," she said slowly. Then she smiled at her roomie. "He has nothing else left to lose."
Posted by Devo Girl at 7:30 AM