The long wait is finally over!!


After a couple delays due to a busy story board this week (and losing internet at my house for a couple days), In/Exhale: Season Three STARTS TODAY! 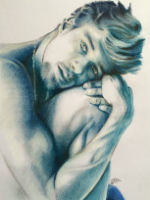 **Before I continue, I just want to say if you've NEVER read my story before, please give it a try. I've talked to more than one person who said it wasn't there type of thing on the surface, but they quickly got sucked in and found it devvy despite not normally being into congenital disabilities. I've tried to write Season Three so that even if you haven't read the first two seasons, you can still enjoy it. I hope you'll give In/Exhale a try!**


Catch up on Season Two with the ebook (free download) or read the "Previously On..." summary.

A little background on the new season follows...

So, I know it's been a long time since Season Two finished, but those of you who read it remember it ended on a pretty emotionally powerful note.
**slight spoilers below; if you haven't finished Season Two yet or SKIP to the good stuff**

Part of the reason it took me so long to get Season Three ready for posting was deciding where to start. I debated about picking up right after the end of Season Two, showing what Kai's experiences were like while he was in the hospital as well as how his illness affected Jon, David, and Renee. I wrote thousands of words covering what happens over the course of late November and December 2000, and there was a lot of really great material there. (Including Jon and David finally getting a chance to come to terms with one another.)

But, on the other hand, I really liked the idea of starting Season Three in a very different place, emotionally, than where Season Two ended. Season Two had a pretty dark and bleak conclusion, and I was drawn to the idea of continuing the story a few months later, once the worst of the dark clouds have cleared. So I started writing there, too.

I went back and forth and back and forth between thinking I "needed" to start off right after Season Two ended and picking up later, in January or February 2001. I knew I wanted to begin posting soon, but still hadn't made up my mind.

Then I wrote a flashback scene in which I imagined what Kai's life must have been like only a few weeks after David aged out. It wasn't a long episode, but when I re-read it, I realized it perfectly encapsulated a lot about Kai in general, not just that particular moment in time. And it really captured the emotional mood that I was going for as a bridge between the two seasons--the moody, depressed, prone-to-withdrawing-from-the-world Kai who's given the chance to try and pull himself out of that. At that point, I knew I had to start the season off with that flashback episode, and that the season had to continue several months after the last one ended.

Don't worry, though: I plan to work in some of the most crucial elements of the "in-between" times as flashbacks (either standalones throughout the season or incorporated into episodes), and I may end up including that season "2.5" in as a bonus in the ebook when the season is finished, so those of you who want to read the "missing episodes" can.

What to expect from Season Three:

One of the themes of this season will be about "independence"--the various characters all trying to find their own ways in the world. For Jon, that means learning to distance himself (in a healthy way) from Kai and figure out what being a "real" father will mean. For Vicky, it means learning to truly separate herself from her past and the judgment of her family. For David, it means finding the permanent job that's eluded him for years. For Renee, it means learning to balance her love for Kai and what she has to do for her own health and sanity. For Martin, it means facing the prospect of death and achieving what he wants before it claims him. For Kai, it means overcoming his mental illness and his physical limitations and finding his own way in the world, learning to balance school and relationships in a healthy way.

Season Three will explore many of the characters we've only touched on before, like Vicky, Megan (David's fiancee), Martin, Art, Dr. Miller, and even a few other characters who are either new or who've only appeared in very small roles in the past, but I don't want to spoil anything.

The road traveled for all these characters won't always be smooth, and I hope that you will all enjoy the adventure.

Don't remember what happened in Season Two? Read "Previously On..." to refresh your memory!


And you'll also find the updated Table of Contents, which also includes all the background information you may want for reference. I'll try to add the extra info from the appendices in the S2 ebook soon as well.

Thank you everyone for your support!

PS - If you missed the link, you can download the Season One and Two ebooks for FREE on my website!

PPS - If you haven't already, you can check out my published book UnConventional there, too, and read an excerpt!
Posted by Chie Alemán at 6:14 AM