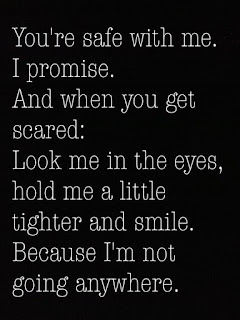 So, originally I was going to post these two episodes separately, and they can stand fine on their own, but they share a common theme: Kai and Renee reforging their relationship.

A couple of these scenes--including the one in which Kai and Renee have lunch and the one they share at the end of the day--are two of my favorite moments in the entire season. The first of these scenes is perhaps one of the most important in all of season three, and I hope you enjoy them.

Previously on In/Exhale: Kai's first week back in the real world has taken its toll on him. He's been riddled with nightmares and panic attacks that nearly pushed him to the brink. His hearing loss, combined with his natural tendency to withdraw has been pushing he and Renee apart, but Dr. Miller gives Kai knew hope and reassurances that he can recover.

This week on In/Exhale: Kai finally goes to visit David at his house to tell him the truth about his hearing loss, despite his fears that it may fracture their relationship. Then Kai does his best to make amends with Renee, and the two share an afternoon together, their relationship growing even stronger in the process.

Next week on In/Exhale: Jon and Vicky finally go to her parents' house to have "the" talk, and it brings up a lot of old wounds. Later, Jon and Kai finally make amends, and after Jon makes a long overdue call to his adoptive father, the two brothers also become closer, working on healing some of the fractures that have developed over the past few weeks.


Thanks again to those of you who take time to comment. I probably shouldn't admit how often I check to see if there's a new comment on my story; that's how much I appreciate them.

As for NaNoWriMo, things are coming along well. My health hasn't been great so that's hampered my progress, but so far I have about 40,000 words and a character named Jackson I think you all are going to really come to love.

I've posted some info about this project, including an excerpt, on my blog to give you guys a taste of what to expect as I'm getting more confident this will be my next finished project.

PS - The Table of Contents has been updated, as always.
Posted by Chie Alemán at 6:53 AM