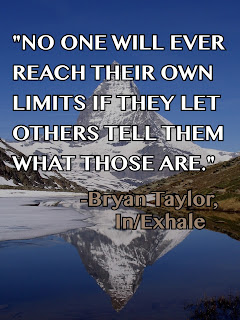 So this episode was one I wrote for myself initially. Originally, I envisioned it as Jon reminiscing about a particular moment of his childhood, spending some time with his father and brother. However, as I expanded it, it soon developed into a more traditional third-person episode because I found myself wanting to slide into Bryan's POV, to get to know him better.

Then, as the third season progressed, I realized there was a shift starting to happen, and this episode felt like it really fit at this point in time. So I finished it up, polished it up a little, and here it is.

Bryan is Jon's hero in a lot of ways, even so many years after his death, and with everything going on with his baby on the way, he's been thinking more and more about Bryan. So I felt like this was the perfect chance to get some insight into what kind of man Bryan was first-hand, so-to-speak, and why he's still Jon's idol.

Previously on In/Exhale: Kai has finally made some progress in his life, opening up to some of those closest to him and becoming a bit more self-aware of how his mental illness affects those around him. Jon and Vicky have tackled the hurdle of informing her parents about the pregnancy, and Jon has even gone so far as to call his adoptive father.

This week on In/Exhale: A flashback to when Kai was four and Jon was twelve in which they spend some time with their father.

Coming up on In/Exhale: Kai and Jon have a scheduled co-session with Dr. Miller, but Kai, sensing Jon needs the time to himself, gives it up. The two brothers, with Dr. Miller's help, finally talk about a life-changing decision they've been putting off, and Kai finally has his hearing test to discover the reality of his hearing loss. Jon and Kai deal with the consequences of the earlier days events.


I've updated the Table of Contents, as always.

I do think I'm going to need a break soon. I've been pretty sick on top of everything and haven't really been able to write at all lately, so I'll probably take a few weeks to finish the draft of my NaNo book and get caught up on I/E. I have several episodes started but not finished, and I sort of just need some time to relax. But don't worry, it won't be long, I promise. :)