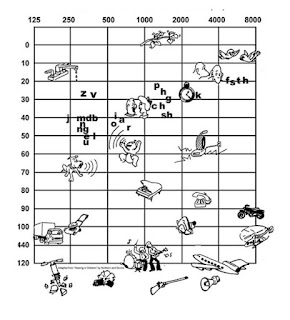 So sorry this episode was late, guys. I know that I've put Kai through a lot, and I know it may seem like "too much" to some people. But I take the story where I feel it's going, and there's a lot of my own personal experience in it (even if it's fictionalized), and maybe because of that I can't help seeing all the complexities of a situation or illness. Maybe this doesn't make any sense to any of you reading this right now, but while it may seem sometimes like things happen "just because" in this story, I promise I've given a lot of thought and sometimes have explored multiple different branching paths before settling on the version I've shared with you.

Previously on In/Exhale: As a result of a dangerous infection in December, Jon had no choice but to give Kai's doctors permission to treat him with drugs that could potentially damage his inner ear. Now, weeks later, Kai's feeling the effects: vertigo, tinnitus, and hearing loss. He's making some good progress with his recovery from his mental illness, beginning to be more open and trusting of those close to him, but he still has a long road ahead of him.

This week on In/Exhale: Kai sees the ENT and has his hearing test, finally discovering whether or not his hearing loss is permanent, and how severe his inner ear damage is.

Next week on In/Exhale: The final episode before the break. Kai and Jon deal with the fallout of the rest of the day--deciding to move into Vicky's and Kai's hearing test results.


Thank you so much to my loyal readers, to those of you who've followed my crazy, melodramatic saga week after week, who take the time to comment. I love reading your comments, especially seeing how you interpret a particular episode or incident. Thank you all so much.

And thanks again for those of you who've given me feedback on my NaNo project. I had to put it on temporary hold because of my health, but part of what I plan to do during my break is to work on it. And I may post a surprise snippet here on the blog (that I won't post on my site) just for you. :)

I'll be taking time off after next week's episode, but don't worry; I have a LOT more in store before the season ends!

As always, the Table of Contents has been updated.
Posted by Chie Alemán at 11:51 AM