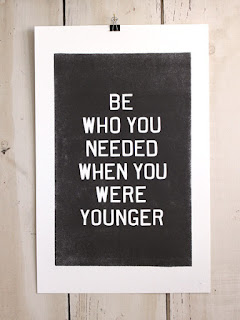 Friday begins... This chapter has some of my favorite scenes of the season...

Previously On In/Exhale: Kai has been fighting his dark, suicidal thoughts for days, trying to keep it together and also be there for Martin. Jon is starting to fall apart, but he can't let Kai know; he has to be strong for his brother, especially because they are finally visiting the hospital on Saturday. Martin has a crisis and ends up in the ER. Jon is forced to tell him his heart is starting to fail and he needs to spend the night in the hospital.

This Week On In/Exhale: Kai wakes up in Renee's bed screaming from a horrible nightmare that he struggles to tell her about, since it involves his donor, Allan Ohlsen, and his guilt about his transplant. However, he's finally able to talk to her, and they spend the morning together. Meanwhile, Jon's shift is ending and he has a few minutes to sit down and talk to Inez, Martin's mother, about how Martin's health situation has changed, and what that means.

Next Week On In/Exhale: Kai experiences his first psych class with interpreters, and Steve seems a little jealous of them. After, Kai convinces Steve to play hooky with him and they go to the Chipped Mug and brainstorm about the Blue Blur, Steve's comic book idea. However, things are interrupted when Kai gets a sudden call from Martin.


Thanks again to everyone who follows my story! I have the full chapter of Feb 8 up on my blog now, if anyone prefers to read it all in one big chunk.

I'm not entirely sure, but it's possible I may end Season 3 on February 14 (Valentine's Day chapter). But there will definitely be a Season 4, so don't worry. I'll just have to see how things go.

I've also been considering posting my last NaNoWriMo story here, and just work on it as I go. If I did that, it would probably be mostly a first draft. I'm not sure if anyone would be interested in that? It's my story about the blind gay man who has CP. You can read an excerpt here.

What do you guys think? I've been stuck with the story and I really want to finish a draft, and I thought maybe if I published it here and got some feedback that would help... But I don't know if anyone would be that interested in it?

PS - Remember, if you've forgotten what Kai and his pals got up to in the first part of Season 3, you can read the "Previously On..." to refresh your memory. Or you can hit the updated Table of Contents to re-read any episode. Also keep in mind that I'm posting each complete chapter (day) on my blog once it's all posted here, so you can read them in their entirety if you prefer that format. I also accept comments (including anonymous ones) there if you prefer. Happy reading!