I promised I was going to have a new book out this month, so here it is, The Girl I Didn't Marry: 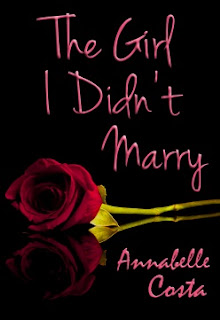 Now available on the Kindle on Amazon!

I’ve wanted to marry Jessie Schultz since we were fourteen years old.

It doesn’t matter that I’m just a dumb schmuck from Bensonhurst, Brooklyn, and Jessie’s the most beautiful girl I ever met. It doesn’t matter that her father would rather rearrange my face than let his only daughter end up with the son of a local mobster. But it does matter when he starts threatening Jessie about what he’ll do if he sees us together again. So I gotta wait.

Then I get hurt.

I can’t let her see me after. Not like this. Not when I can’t even stand up to look her in the eyes.

So I wait. Hoping I get better, knowing if I don’t, it could be the end for us before we even get started.

Get it on the Kindle on Amazon today!

Still on the fence? Check out the prologue....
Posted by Annabelle at 3:00 AM