I promised you guys a midweek surprise and here it is.  The third installment of Dean and Callie's story, in which they finally turn up the heat: 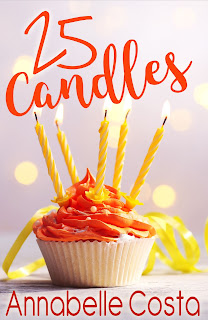 It’s the first birthday she’s ever had where she’s been in a serious relationship. Her boyfriend Dean is everything she’s ever wanted in another human being. And all she wants for her birthday is…

Dean is crazy about Callie. He’s never met anyone like her before, and he wants nothing more than to grant her birthday wish. But ever since the accident that landed him in a wheelchair, things aren’t that simple…

This book is all about Dean and Callie having sex for the first time.  It's kind of graphic, very sexy, and super devvy.  There's even a huge wheelchair basketball scene. I hope you guys like it!!!!!!

(And if you haven't already, check out the other two books in the Dean & Callie series: Santa Crush and Valentine's Date Disaster.)
Posted by Annabelle at 1:30 AM