Hi everyone, my new novel is finally available HERE! 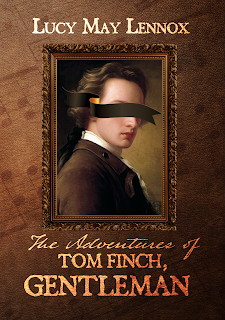 The Adventures of Tom Finch, Gentleman by Lucy May Lennox

London, 1735. Covent Garden offers a world of pleasures and diversions, even for a blind man. Tom Finch approaches life with boundless good cheer and resilience, whether he’s pursuing a musical career or pursuing women. And as for his blindness, to him it’s merely an inconvenience. Join Tom for a picaresque romp through high and low Georgian society among rakes, rovers, thieving whores and demireps, highway robbers, bigamists, and duelists, bisexual opera divas, castrati, mollies, and cross-dressers, lecherous aristocrats, and prim ladies.


I stared writing this novel in 2010--I can't believe it's taken me almost 10 years to finally publish it. It truly is a labor of love. Huge thanks to everyone who helped me with beta reading.

If you enjoy it, please write a review on Amazon, Goodreads, Google Books, or anywhere else. I really appreciate it. Even if you don't want to write a review, upvoting other positive reviews helps a lot too. I'm on Goodreads as Lucy May Lennox, so follow or friend me there too.

I'm posting the first chapter again here after the jump. It's revised from the version I posted a few months ago. Enjoy!

London is a dainty place,
A great and gallant city.
All the streets are pav’d with gold,
And all the folk are witty.