My new book, Like a Boss, is out today!  This is a revision of Harvard Hottie with the last 20% completely revised and a new epilogue about their future.  Get it on Amazon! 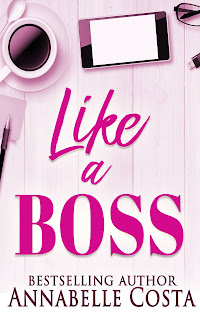 Have you ever met someone and hated them instantly?
For me, that was Luke Thayer.

When I met him freshman year of college, he was as smug as he was rich and gorgeous. A spoiled jerk who would get everything he wanted in life.

He’s just as obnoxious and handsome as he ever was, and ten times as wealthy. But he’s not the same—a rock climbing accident a decade earlier has landed him in a wheelchair for life.

And I get one other big surprise:

Posted by Annabelle at 1:00 AM